skip to main | skip to sidebar

Well, after almost 2 years, and 251 posts, and zero issues, it saddens me to say that I have to close down this blog. I'm not disappearing altogether, however I need to leave this address.

Long story made short, someone in my family has been harrassing me and causing problems through this blog, and taking images and saying they are her own, basically the person is not well mentally. Rather than continuing to fight the fight, I am going to be deleting this blog in the very near future. If you want to swing by my new blog please email me at: breahough@cableone.net

Make sure to include who you are just in case I don't recognize your email address.

I'm sorry to be so mysterious about it all, it's just entirely the most insane thing that has happened to me. It's been a really really really long month due to this person. I just don't want to give her more attention than she is worth.

Email me!
Posted by Procrastiknitter at 7:22 AM 3 comments:

This is a mall that I frequented when I lived in Omaha. My aunt (aka older sister) had just left the front entrance of this store when she heard a faint popping noise. She thought nothing of it and headed to her car as people came out screaming.

Please keep the victims and their families in your prayers.
Posted by Procrastiknitter at 4:15 PM No comments:

Got a few spare moments, feed a hungry family...

Posted by Procrastiknitter at 8:36 PM No comments:

Ugh, I have been down and out since last Friday with this nasty bug! Grrrrr. I'm hoping to make it to work tomorrow. I have a busy week going on and I need to be there. I've been so sick that I haven't been able to knit until today. I'm trying to finish up a few UFO's so that I can concentrate on making a squares for Oliver's Fund and then make some mittens.

If you haven't stopped by the Soaring Eagles Project, we are in full swing, but still need more volunteers! Please help if you can!
Posted by Procrastiknitter at 12:05 PM 2 comments: 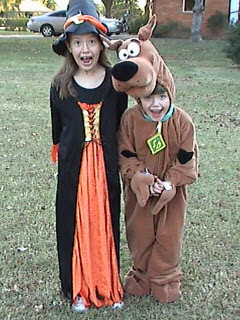 Happy Halloween! Nan and Em going to Trunk or Treat last night at a local church. 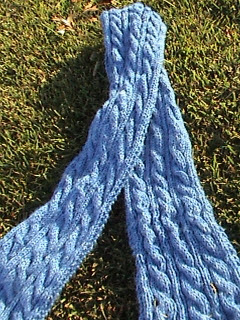 Irish Hiking Scarf for someone special for Christmas, but can' say who at this point because she reads the blog. 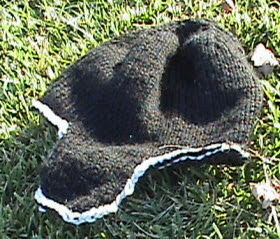 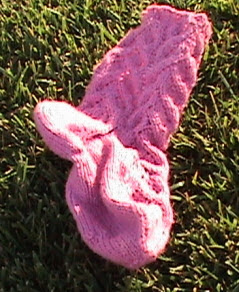 One of the two Fawkes socks for Nan's Christmas list. 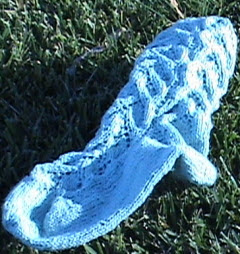 Another pair of Fawkes socks for Em's Christmas (other sock in progress)
Posted by Procrastiknitter at 3:29 PM 3 comments:

Why this week sucked!

According to a report from the Oklahoma Highway Patrol, the accident occurred at 8:33 a.m. Thursday morning, one mile south of the city on U.S. Highway 75.

According to the report, the bus, driven by 83-year-old Darwin Wayne Widmer, was northbound and had stopped to make a left turn. At that point, a northbound 2002 Dodge 2500 pickup driven by 22-year-old Ryan Herx, of Warner, apparently failed to see the bus until the last minute, swerved and struck the bus in the driver’s side.

Neither Widmer or Herx were injured in the accident. However, five children, including a 9-year-old boy and four girls, ages 7, 11, and two 10-year-olds, were reported to have minor injures.

Three other bus passengers were not injured in the wreck.

My children were two of the three that were not injured, but they were traumatized and it's going to be a long old road! Original story can be found at http://www.examiner-enterprise.com/articles/2007/10/26/news/news154.txt

Most of my attention will be with the girls this weekend, as well as with the Soaring Eagles Project. I'm so worried we won't have enough volunteers!
Posted by Procrastiknitter at 2:43 PM 3 comments:

What I did on my Fall Break from school...

Fall break started on Wednesday. On Tuesday night we got a jump start when I took Nan to her soccer practice. I'd love to say that she was busy scoring an awesome goal, or working a highly skilled defensive move, however.....she was trying to stand on top of a soccer ball, slipped fell and well....the rest is history. She hyperextended her right elbow. She has a radial growth plate fracture. We had a bet on how long it would take her to use it as a weapon. Sadly I won! It took her less than 30 minutes to smack her sister upside the head. 13.5 minutes to be exact! 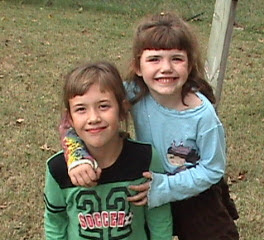 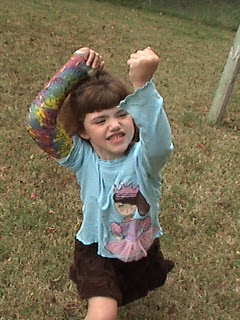 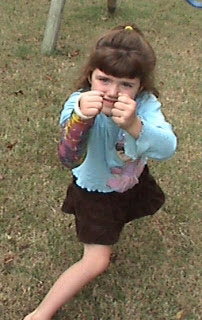 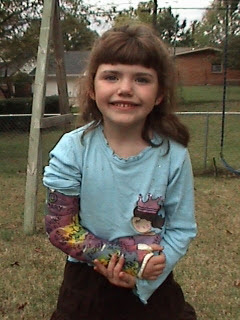 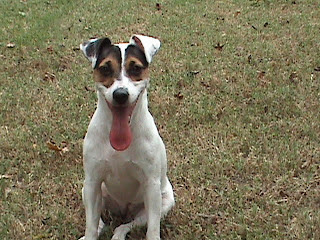 Of course I had to end with a gratuitous dog photo.
Posted by Procrastiknitter at 12:50 PM 2 comments:

Visit these great blogs! I do!